245 million years ago the Great Karoo was flourishing and it is from this period that many fossils have been found.
183 million years ago Karoo dolerite intruded into the surface layers of rock (Beaufort Group).
After this molten intrusion the dolerite cooled and hardened. Joints formed at right angles to one another in the dolerite and when this was then exposed to the surface (100 million years later) rainwater seeped into the joints and weathering began.
As the process of weathering continues and more material washes away from these joints a “stacked” appearance is left behind. This is often referred to as “Woolsack weathering”. 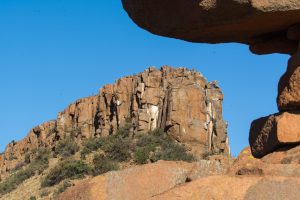 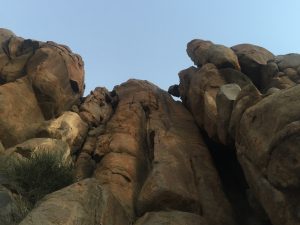 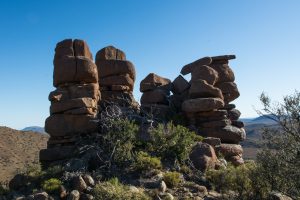 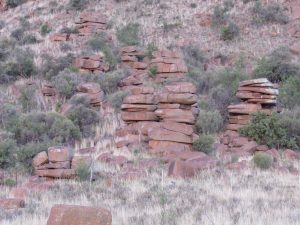 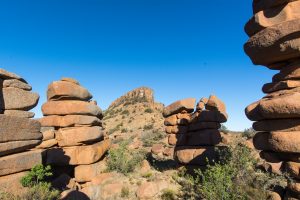 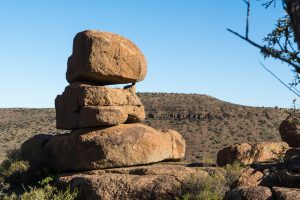 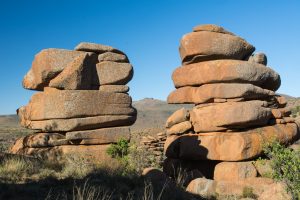