Earth Day: Does the Condition of the Earth’s Climate Affect Me?

22 April 2020 is the 50th year Earth day has been celebrated since its origin in 1970, focusing on a new topic each year. It is rather rare that we as a whole global population experience the same natural disaster and seeing that this year we are now all being affected by a global pandemic, it is important that we step back and view the earth as a whole by tearing down the borders that separate 195 countries and see how we as people affect the lives of all living things on earth.

This year we are looking at the “weather conditions prevailing in an area in general or over a long period” which we know as “climate”. Earth’s location, as it orbits the sun in our solar system, is situated in what scientists call the “Goldilocks zone”, where similar to the children’s fairy-tale story, the earth is just right for living conditions. The earth is not too far from the sun, which would make it too cold and not too close to the sun, which would make it too hot. Along with this the earth does not have too much nor too little water. 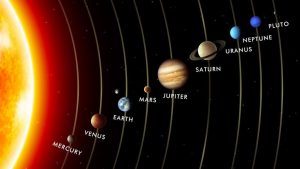 The earth’s climate is just perfect and we see that it is what all living organisms, whether people, animals or plants, have become accustomed too. The ecosystem is a biological community of organisms interacting with each other and their physical environment. We see how as the climate slightly differs around the world the ecosystem has changed and adapted, which has given us the variety of biomes in which we live. Within each ecosystem there is a unique variety of plant and animal life. Each ecosystem is made up of different habitats where we see a system of food webs which have adapted according to the biodiversity in a specific habitat. 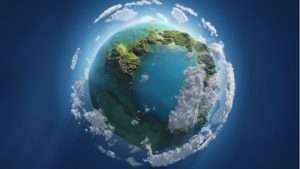 The climate of the earth has created a whole system that works together and has a natural order which nature has adapted to as well as humanity. Changes within the climate is inevitable. The earth has always been able to quickly adapt to these changes because of it being small and local, but we are now seeing a time where great changes in our climate are appearing.

In the same way, natural disasters have always been regional. Areas in the world experience different types of disasters but sooner or later as the damage grows, we will be seeing more global disasters occurring, as we see with the corona-virus, so will everyone be affected by global food shortages, floods, fires, etc.

Studies have shown according to Austin (2008), where the drought in South Africa has been monitored from 1990 to 2005, that the main cause of drought in South Africa was the variability in rainfall and that approximately 30% of rainfall variability was caused due to events happening in the South Pacific Ocean. When the South Pacific Ocean becomes warmer, this alters the temperature, pressure and wind fields over Southern Africa which in the end leads to drought.

Having a healthy ecosystem contributes to the services that us as people get from nature such as clean water, purified air, good quality soil and recycling of nutrients and food. When the climate changes then every service gets impacted in someway because of the change in the natural cycle. As shown in the study above, our local area is affected by change in the climate and it is not always dependent on the damage we cause but rather can be influenced by the damage caused in other areas around the world. 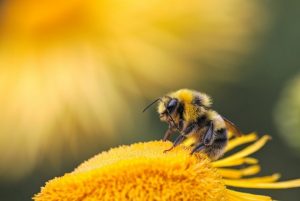 It is important for us to work towards sustainable utilization which means to use resources in a controlled and limited way for the earth to be able to renew those resources as we use them. Today we are unfortunately doing the opposite and using resources too fast for the earth to replace what we have taken. Some ways of achieving sustainable utilization is for humanity to limit their over-use of land, decrease the growth in population and to reduce the amount of pollution.

Humanity is separated as 195 countries but we share only one earth and every impact that we have influences us and our surrounding communities and everyone who calls earth their home. Let us not wait for a common enemy to arise only then to stand together but let’s start teaming up now to preserve this earth so that we may all live without worry that the ground beneath us will collapse.

Austin, W.D. 2008. Drought in South Africa: Lessons Lost and/or Learnt from 1990 to 2005. Dissertation for degree of Master of Science. University of the Witwatersrand: Johannesburg.

Remote sensing in the eastern Karoo

Welcome to Karoo Ridge Conservancy!
With wide open spaces under African skies and clear, clean air in abundance, we are thrilled to be welcoming visitors again.

If you're planning your great escape, head to our Accommodation Page to read about the health and safety measures we are taking for Covid-19.

We'd love to stay in touch with all the news from the conservancy, and to let you know about our new conservation experiences and special offers. Please type your email address in the box below if you'd like to hear from us. And don't worry, we are working too hard out on the lands to bombard you with anything more than the occasional update!