Chaucer once said, “There is an end to everything, even the good things”. I, however, prefer to think of it as a full circle, because an end is just another beginning. My year at Karoo Ridge is coming to a close, but my conservation career is just beginning.

My end begins with writing an email to the next student due here mid-January next year, detailing the invertebrate communities that have set up shop between the four humble walls I have called home for the past three hundred and thirty nine days.

“The harvester termites tend to burrow through the floor, just sweep up the sand and remove the termites outside. The sand can be used for the Spekboom project”, I say – like its normal for insects to burrow up from underneath your foundations.

“The Mud dauber wasp is NOT AGGRESSIVE, and it will keep your spider population in check, so leave her be” – because I watched her form that mud hut with her own mandibles and feel she has a bright future in architecture and like only the best mothers, she provided her babies with a thoughtful spider snack before they emerge into this big bad world. 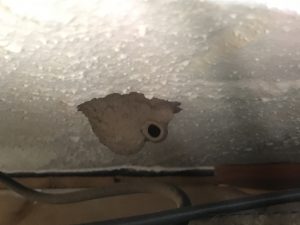 “The spiders in the bathroom keep the mosquitos and flies under control, so don’t kill anything ok??” In fact, I’m wary of the spiders in the bathroom, especially the sac spider that could decide to drop in on me while performing an ablution, thus I can seriously say, toilet time is a little less relaxing, especially in the early hours, directing my flashlight at the roof while I urinate at Olympic speed. 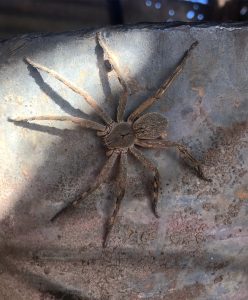 Quite recently, I opened my fridge to collect some obscure item, when a slight movement in the rubber lining of the door caught my eye. Sun spiders, or Solifuges are neither spider nor scorpion, but somewhere in-between the stuff of scientific monsters. I find them quite fascinating, and Roger, as he came to be known had decided that the lining of the fridge was an excellent choice to inhabit. I had my doubts, but decided to observe him in the coming days, all squished up between a rubber lining and a hard place. He was relocated eventually, for his own safety. 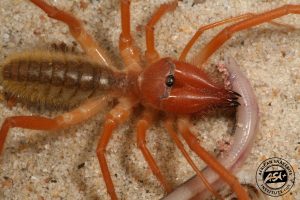 The Violin spider (another bathroom dweller) was relocated for my safety, when I found her rubbing her legs together next to my bed one night. The rain spider, lived behind the litter box and performed daily patrols (sometimes over my foot). I named him Winston, so when I found him bottom up on the bathroom floor, I did feel remorse – he performed his duties with precision, but died of mysterious circumstances (yes, I googled spider lifespans). Apparently they can live for years – and months without food or water, so what happened to Winston?

“The sugar ants appear at night – they are searching for water mostly” – Sugar ants cannot sting – they can bite if they feel threatened or spray acid out of their abdomen. In fact a lot of the insects here spray formic acid as a defence- including the Two -spotted ground beetle you are trying to catch in the garage with a glass jar (lesson learnt).

“the Woolly chafers are like giant Christmas beetles, just grab them and chuck them out the window” – in fact the woolly chafers are meant to be hanging around springbuck as they gorge themselves on springbuck poop delights – but somehow, they get confused and visit my house that contains no springbuck delicacies or prolonged presence of any poop- kind (shame)

“don’t be overwhelmed with the moths, once you get over their lack of manners, they really are quite beautiful” – the variety of moths found on one curtain still astounds me. I had to overcome my fear very quickly to survive here. Karoo moths  have no  sense of personal space and are not very pretty, especially all up in my face at night, but their presence does usually indicate rain, so they can stay. My favourite are the Emperor moths. I was lucky enough to come across a few during my stay here, beautiful and really quite docile (unlike their hyped up cousins) they elegantly go about there day feeding on the Diospyros and Searsia bushes found in abundance on the property. We even   learnt how to sex them, with males boasting furry feelers, the females opt for sleek and simple – so sexy! 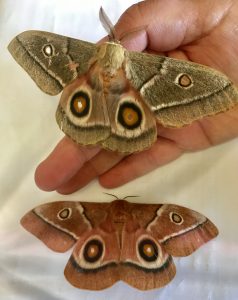 “there is a cricket in the shower – he will keep you up at night so feel free to feed him to the birds” – crickets are cannibals and have no other function than to keep me up to all hours with their territorial chirping. When they do happen to battle, the winner-winner eats his cricket dinner and selfishly chirps all about it for hours

If there is one insect I do despise, it is the parasitic Louse fly. Insect guides insist that they may “alight on humans, but rarely bite”. Tell that to the louse flies of the Karoo, with their crab-like legs and burrowing heads, they are relentless if they happen to “alight” on you. While doing reconnaissance on a neighbouring farm, a Louse fly decided to bury itself in my hair(nest). After much screaming and shouting and letting all outing (thanks Will.I.am), I managed to detach him from my scalp but he would not die. As I later found out, the only way to kill a louse fly is to remove his head, so the smacking and squishing with hiking boot did not my case help. All this while gripping to the back of a Land rover traversing the somewhat inhospitable Karoo terrain.

“there may be mice occasionally…” Mungo, my cat, was a particular small mammal enthusiast, leaving mousey “gifts” for me to admire. Some were more lucky than others and were subtly secreted back to the riverbed from whence they came, the others, to my absolute horror, were deposited amongst the blanket folds in the dead of night, only to be discovered the next morning during the bed making process. I could not react, lest I offend him and his scientific contributions, so their little corpses were discreetly deposited out back, a tasty treat for an owl I hoped. 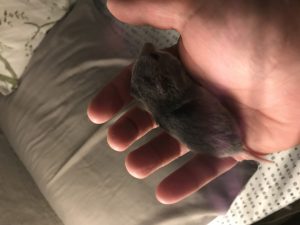 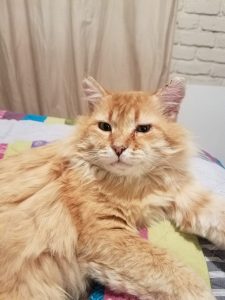 All these invertebrate interactions made me very conscious of a microcosm beneath my feet. As that consciousness began to grow, it gave me the courage to care about the very creepy crawlies that I was initially afraid of. That humility grew into humanity and that humanity nurtured a sense of community and Hey Presto! I was a rehabilitated urbanite.